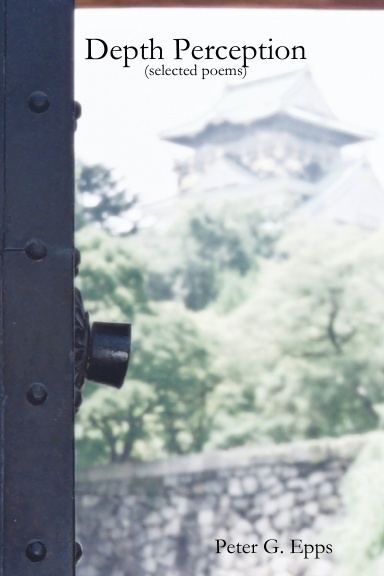 I call this Depth Perception because the reader will readily begin rearranging these poems in various fields of time and of space, perceiving orders sublimated in this selection. Perhaps the most sustained thematic progression is that suggested by the imbedded sonnet cycle’s structuring descent and ascent through the Ptolemaic cosmos; but orders of romantic maturation, poetic development, composition, formal affinity, and allusion are also presented (but not here).

Tremblingly, I have chosen to include here several bits of juvenilia whose defects are all too obvious. Readers may, however, find themselves in fruitful disagreement over precisely which poems are hopelessly flawed, and which flawed poems proffer hope. I’m thankful if the contrast is evident, and if problems of poetic and emotional and spiritual development are thrown into relief by these few, flawed works—which relief, let us hope, is defined by a Savior’s loving care for this poet and the world he dwells in.

I've included below the penultimate sonnet in the cycle that organizes this collection:

We modulate this chord that cuts an arc
Defined across all spheres by hearts in song
And wordless lovers’ longings, as a throng
Of motive forces strips away the bark
Around these rings we see, the lines that mark
The bounds of our perceptions. Breezes strong
Still sweep this central plane and sound the gong
Resounding in each restless sleeper’s lark;
For though these seeming worlds, and all we see,
Should prove no more than dreams enmeshed in dreams,
We know where, deep within our lover’s eyes,
Contingent shadows shift and realize
Potential glories from enfolded space
As keen desire’s propelling engine screams.